The toponym comes from “av-au” – “flusslauf” (watercourse) therefore from the name of the torrent Venzonassa.

Since the time of the Celts (500 BC) Venzone owes its fortune to its position of obligatory passage to the north, then the Romans made it their statio along the route of the Via Julia Augusta that from the site of Aquileia led to Noricum (the present central Austria). This information is documented by several archaeological finds that came to light during the excavations for the restoration of the Duomo. These prove the presence of the Roman building in the area currently occupied by the church, it is assumed that it was flanked by the castrum.

In the centuries that followed the site of Venzone was the victim of many invasions by Guadi, Marcomanni, Visigoths, Huns, Ostrogoths, Byzantines, Lombards and Carolingians. Just the Carolingian dominion (776-952) corresponds to the first certain urban nucleus and to the same period (923) goes also the first quotation of the Clause de Abintione.

The Patriarchate of Aquileia

In 1077 Venzone became part of the Patriarchate of Aquileia, playing an important role in the control of trade, so much so that in 1200 the Patriarch of Aquileia entrusted the Land of Venzone in fief to the family of Mels, that increased its prestige until the recognition of the legal personality of the Municipality (1247) and the birth of a weekly market (1252).

In 1258 Glizoio di Mels fortified the village with a double wall, preceded by a deep moat. The defensive system of Venzone, in ancient times, included at least 5 castles positioned in as many strategic points to better dominate the valley. Two of these rose in the right Tagliamento, at the foot of Mount S. Simeone: the Monfort was located north of the town of Pioverno, while the Plovergno was to the south, not far from the Riûl Fraris. Both, probably built during the Ottonian period (sec. X-XI), had no long life and were demolished by the Patriarchs during the fourteenth century, perhaps also suffered the consequences of the very strong earthquake that hit Friuli on January 25, 1348.

It is not to be excluded that the rocky spurs on which these forts were built, were already exploited since prehistoric times and later by the Celts, the Romans, the Byzantines, the Lombards and the Carolingians as watch and sighting stations.

The story of Venzone tells us a situation of constant conflict with the Patriarchs, first, and with the neighbor and rival Gemona, then.

The control of the walled citadel passed from one Lord to another until the arrival of Venice, at the end of the fourteenth century, which found in Venzone an ally in its fight against the Carraresi. The subjugation of Friuli to Venice (1420) pacified, under a single domain, the whole region, but marked the beginning of a period of economic decline due to the discovery of new routes of commercial traffic, always the main source of income for the town.

During the war for the League of Cambrai (1508-1511), Venzone was validly defended by Antonio Bidernuccio captain of Venzone. The memory of this defence is preserved in a lively population rhythm.

In 1797 Venzone was occupied by the French troops of Napoleon and later, following the Treaty of Campoformido, there was a short period of Austrian domination. In 1866 the town became part of the Kingdom of Italy.

Since 1965 Venzone is declared a National Monument as the only fortified village of the Region in the fourteenth century and then one of the most extraordinary examples of architectural and artistic restoration.

In 1976 a series of seismic events managed to bring to its knees the wonderful medieval village severely damaging it, but the value and tenacity of the Friulian man had the better of the force of nature. The rubble was quickly removed and immediately started a reconstruction project that with courage, unity, understanding and hope wanted to erase the mark left by those terrible shocks.

After only 8 years, by the will of its inhabitants, Venzone is reborn together with its Cathedral, which has become a symbol of the earthquake and the flowering.

The reconstruction of the other buildings and historical treasures of the city, challenging from every point of view, has made history.

Venzone has been reborn “where it was and how it was” and is today an example of conservation and protection of the historical and cultural heritage and the regional socio-economic fabric. 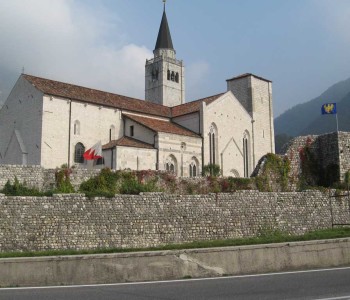 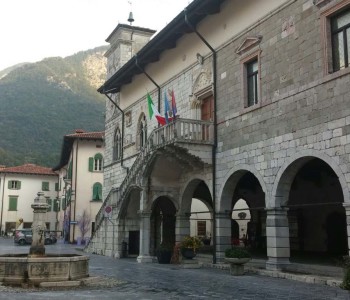 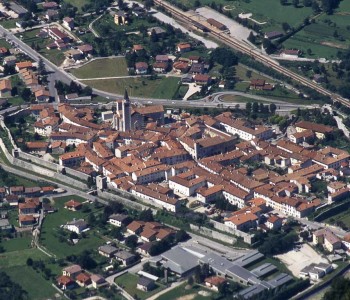 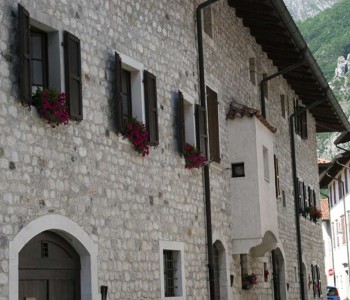 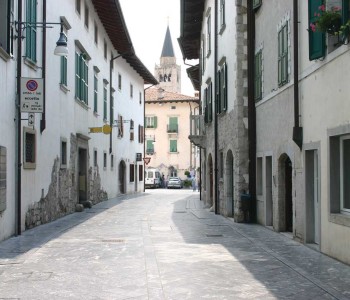 Paolo Antonio Marpillero (XVIII sec.) Patrician of Venzone, known because of his mummified body in the Duomo of Venzone

Alberton Del Colle (XIII century) noble landowner, he left a heritage to build a retirement and nursing home; the Pio Instituto Elemosiniere – one of the oldest charitable organisations in Friuli – is named after him.

This website uses cookies to improve your experience while you navigate through the website. Out of these, the cookies that are categorized as necessary are stored on your browser as they are essential for the working of basic functionalities of the website. We also use third-party cookies that help us analyze and understand how you use this website. These cookies will be stored in your browser only with your consent. You also have the option to opt-out of these cookies. But opting out of some of these cookies may affect your browsing experience.
Necessary Always Enabled

Any cookies that may not be particularly necessary for the website to function and is used specifically to collect user personal data via analytics, ads, other embedded contents are termed as non-necessary cookies. It is mandatory to procure user consent prior to running these cookies on your website.